VR is definitely the way of the future, and you can still get your hands on the best VR headset despite previous stock issues. The recent HMD (head-mounted display) shortage is coming to an end, and there are even exciting new VR headsets in the making. So don’t worry, Half-Life: Alyx won’t be dormant in your Steam library forever. Whether it’s a top of the line, ‘the best your money can buy’ VR experience you want, or just something cheap and cheerful to get you up and running in your favourite VR game, we’ve tested a whole bunch of these headsets for you.

As you start to become accustomed to traipsing through digital worlds that you’ll start to notice the flaws, drawbacks, and limitations of any VR headset – and realise why some choose to spend so much. That’s where we come in. We’ve spent hours, nay days, in virtual reality – often forgoing personal well-being and hygiene in the name of science – to come to a definite conclusion over which VR headset for PC is best right now.

Oculus and HTC have long been the brands associated with VR and PC VR headsets. Oculus went from acclaimed virtual reality startup to Facebook subsidiary pretty darn quick due to its smart tech, and HTC joined along not long after with arguably the best PC VR headset for much of the tech’s nascent life: the HTC Vive.

Since Oculus first burst onto the scene in 2012, heaps of VR headsets have reared their heads, all hoping for a slice of the up-and-coming virtual reality market.

Here are our picks for the best VR headset: 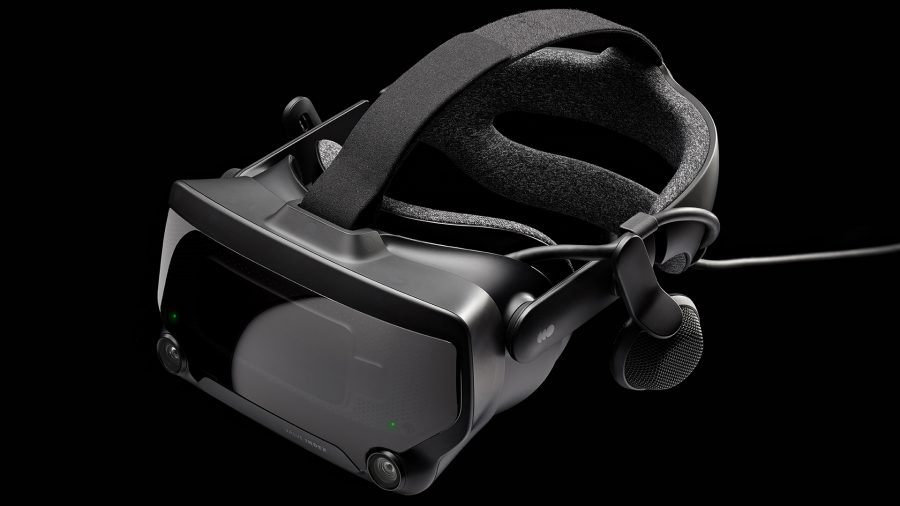 The best VR headset is the Valve Index.

The Valve Index makes the most compelling argument for high-fidelity, tethered PC VR. And it does so by breaking the mould in a few ways. The off-ear speakers – while one of its most questionable features pre-launch – turned out to be one of the Index’s strongest. They’re somehow both immersive and comfortably distant from the ear without any sound leakage… witchcraft.

Aside from glorious audio, the Index offers dual 1440 x 1600 RGB LCD screens, fitted with a greater number of subpixels than their AMOLED alternatives. They’re also a touch wider when it comes to field of view and capable of running at up to 144Hz. The end result is a display with greater sharpness, clarity, and eye comfort for longer periods. And its controllers are seriously the best ones out there. The Index truly is the best VR headset for gaming.

Read the PCGamesN Valve Index review for our full verdict and score. 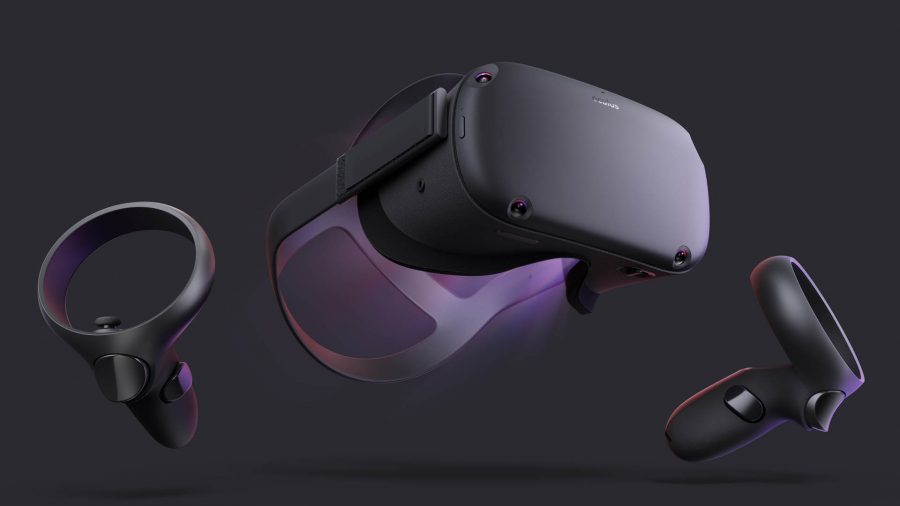 The best standalone VR headset is the Oculus Quest.

The Oculus Quest isn’t exactly in our PC VR remit. Technically, it’s a standalone VR device, powered by the Qualcomm Snapdragon 835. That means there’s no need to carry your gaming PC everywhere you go. Great if you don’t demand the utmost fidelity.

However, with the introduction of Oculus Link, a (beta) proprietary rendering technology included with the Oculus PC app, you can now tether the Quest to your PC to access the full Oculus Rift S library. It’s two for the price of one. The Quest’s resolution is actually greater than that of the Rift S, and just a touch slower at 72Hz to 80Hz. Overall, there’s a lot to love about the equally-priced Quest compared to its tethered PC VR sibling. 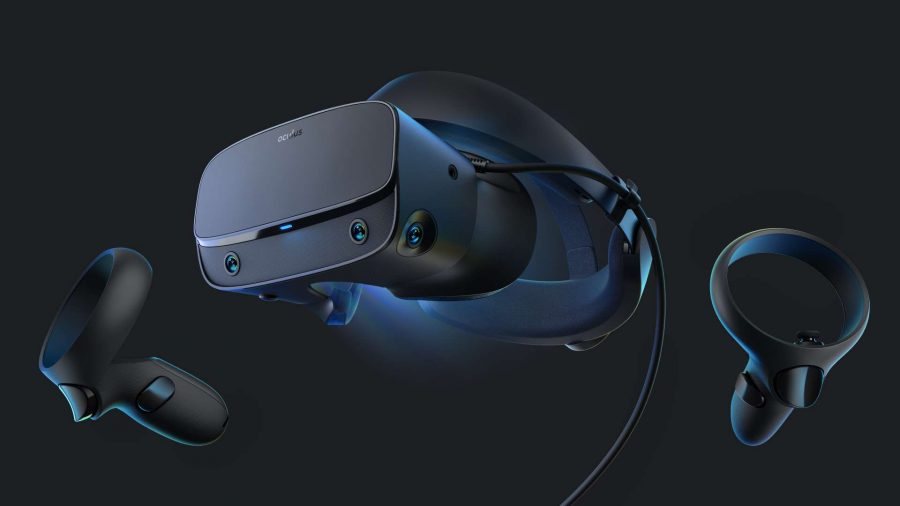 The easiest VR headset to set up is the Oculus Rift S.

While we recommend the Quest for a taste of both worlds, if you’re resolutely a PC gamer then you’ll find no headset more fitting for your cranium than the Oculus Rift S. The Facebook-owned company has once again tweaked its original Rift formula, adding inside-out tracking, a new panel type, and increasing the resolution. It does, however, cut the refresh rate from 90Hz with the original Rift to 80Hz with the Rift S.

So it’s not all improvements for the headset following the initial Rift a few years on – and the Rift S does feel somewhat of a stop-gap solution to bolster sales as Valve and HTC release impressive high-end kit. Still, for what it’s worth, the Oculus Rift S is an affordable entry point for high-end, tethered PC VR and a solid, enjoyable experience – so that’s a thumbs up from us.

The best VR headset for modding is the HTC Vive Cosmos.

The HTC Vive Cosmos fits snugly between the Oculus Rift S and the Valve Index. While costly, you receive the best that HTC, originators of the almighty Vive, is able to offer. That includes inside-out tracking, a whopping 2880 x 1700 resolution across new LCD panels, and new and improved ergonomics to keep the headset stable and comfortable.

The new controllers are a redesign of the original Vive’s, and many of the extra add-ons for the original kit can also be reused with the Cosmos. Wireless connectivity powered by Intel WiGig, Lighthouse tracking support, and Vive Tracker support are all set for imminent rollout on the new and improved Vive. 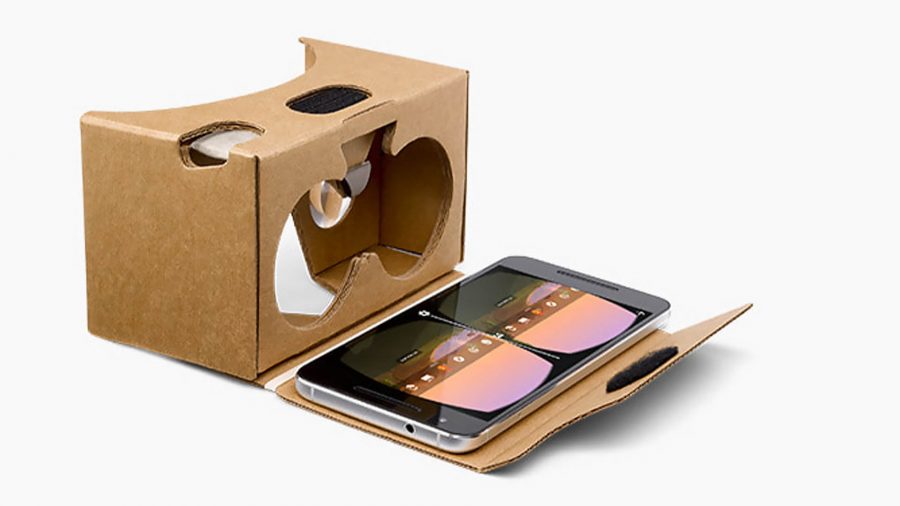 The best cheap VR headset is the Google Cardboard.

How could we forget Google Cardboard? It’s by far the worst VR experience going, at least in our experience, but I’ll be damned if it isn’t just enough to get you thirsty for more virtual reality gaming. Since Cardboard relies on your mobile phone’s screen, gyroscope, and accelerometer, your experience may vary considerably. And, frankly, no matter how great your phone may be, there’s very much a hard limit on just how immersive Google Cardboard can be.

It is, however, free and open-source. Just about anyone can make their own cardboard headset, buy a cheap third-party design for tuppence, or even develop an app for the platform via the newly-public SDK. And, of course, you can buy a pre-built one on Amazon for pennies, making it the best budget VR headset. So while not technically PC VR in any way, shape, or form, Google Cardboard is more than convincing enough to newbies in a pinch. One go in this lovably slapdash excuse for VR and you’ll come out the other side wondering what the $1,000 Valve Index can do.

With VR technology maturing and flagship titles such as Half-Life: Alyx now being released there’s no better time to invest in a VR headset.

The Valve Index is a glimpse of what’s to come in terms of high-end tech, and the Oculus Quest offers a superb and flexible VR experience at an affordable price. HP’s Reverb G2 looks like it’ll be a great blend of high-end Index-esque hardware for a more mainstream market, too – but we’re going to have to wait a while before we can get our grubby paws on it.

With more companies than ever looking towards VR as a potential revenue raiser, it looks like the technology, and more importantly the wider platform, are here to stay. So indulge in VR with headset kit worth buying and lose yourself in the fantastical worlds of the best VR games from the comfort of your living room – we promise you won’t regret the decision.