Today Acer held its next@Acer 2020 press conference, where it showed off a variety of new products across its different brands, and revealed products from its new partnership with Porsche Design. The first products of this partnership is the Porsche Design Acer Book RS laptop with a compact all-metal chassis containing an 11th Gen Intel Core i7 CPU paired with an NVIDIA GeForce MX350 GPU and 16 GB of RAM. Intel was also involved in the engineering of the laptop, as it is an Intel Evo verified design, meeting the requirements of that platform.

While the chassis of the Porsche Design Acer Book RS is all metal, it also features a carbon fiber cover, helping it stand out. The device is also weighs in and just 1.2 Kg (2.65 lbs) and is 15.99 mm (0.63 in) thick. The unibody hinge will slightly elevate the base of the laptop when opened, bringing the keyboard to a more ergonomic angle and supporting airflow to the different components. The keyboard also features backlighting and the glass touchpad has multi-gesture support. The display is a 14 in IPS touchscreen with a resolution of 1920×1080 and 100% sRGB coverage. Covering the display is a layer of Antimicrobial Corning Gorilla Glass and around it are ultra-narrow bezels, to produce a 90% screen-to-body ratio.

Coming back to the internals, it sports 17 hours of battery life and with just half an hour charging you can get four hours of use out of it. For wireless support it uses dual-band Intel Wi-Fi 6 and for wired connections, it has two USB-A ports, an HDMI port, and a USB-C, Thunderbolt 4 and USB 3.2 Gen 2 port. There is also a fingerprint scanner for Windows Hello support as well as Modern Standby and Wake on Voice to improve your experience

In addition to the laptop, there is also the Porsche Design Acer Travelpack RS made from ECCO Palermo XA Leather to keep its contents safe and magnetic clasps for the notebook sleeve. The Porsche Design Acer Mouse RS rounds it out with its carbon fiber reinforced left mouse button. It also uses carbon fiber on its bottom cover and there is a DPI switch to go between three preset sensitivity levels.

The Porsche Design Acer Book RS premium package consisting of all of three items will be priced at $1999.99 while the laptop will be available for $1399.99. The mouse will cost $109.99 and the travelpack, including the mouse, a mousepad, carrying pouch, and notebook sleeve, will be available at $329.99. These products are expected to launch in December.

Next we have some gaming-focused announcements as Acer showed off some new monitors, such as the Predator XB3 series. This series will include 1920×1080 and 2560×1440 displays with high refresh rates and VESA DisplayHDR certification. The different displays have been designed to satisfy certain criteria, such as the Predator XB273U NV that is part of the VisionCare series. It has been certified by Eyesafe as it filters out blue light to reduce eye strain, but does so without compromising the crispness and color quality of the image. It achieves this by using LightSense, AdaptiveLight, ColorSEnse, and ProxiSense so it can adapt its brightness and color temperature to the environmental and ambient light. The XB273U NV uses a 27in 2560×1440 display with a 170 Hz overclocked refresh rate that covers 95% of the DCI-P3 color space. It should be available in January 2021 priced at $549.99.

If you are looking for a high refresh rate display, the XB253Q GW offers that with a 280 Hz overclockable display with a 0.5 ms gray-to-gray response time. It is a 24.5 inch, 1920×1080 display and is NVIDIA G-Sync Compatible so refresh rate can match the frame rate of your system. It will be available in January as well, priced at $429.99.

Lastly for the Predator branded monitors, there is the X34 GS, a 34 in curved monitor with a 3440×1440 ultra-wide panel. It can be overclocked to a 180 Hz refresh rate with 0.5 ms response time and supports DisplayHDR 400 with 98% DCI-P3 gamut coverage. It will be available a little sooner, as it arrives in December and will be priced at $999.99.

There are also two new Nitro gaming models, with both being 27 in designs. The XV272U KV is a 2560×1440 display with 95% coverage of DCI-P3 and its panel can be overclocked to 170 Hz with a 1 ms gray-to-gray response time. It sports LightSense, ColorSense, and ProxiSense technologies as well and is to be available in December, priced at $399.99.

Though I did not see them featured in the press conference video, Acer has also announced new projectors, if those might fit your needs better than new monitors. The VD6510i is a wireless, 3000 lumens LED projector that provides a 1080p image at 120 Hz and covers 125% of the REC.709 gamut. The PD15030i is a more business-focused projector with its ability to create a 100 inch screen from just 3 m away. It also has a 30,000 hour lifespan. The Acer XL series is home to some of the most energy-efficient 3100 lumens laser projectors you can find, and can produce up to a 1920×1080 image. They also have IP6X certification, making them dust-tight so you do not need to worry about dust and other fine particles entering the device.

Check out the source link for some more projectors, as well as their pricing and availability.

Another reveal at the event was SigridWave, an in-game AI powered translator for its Planet9 eSports platform. It works by converting what players say to text and then running it through a Neural Machine Translation technology that has been trained with 10 million bilingual sentence pairs and 1000 hours of game-centric speech to produce text in a language other players can understand. It will enter a closed beta in Q4 2020, when it will be able to translate between English and Mandarin in various major FPS titles, including Tom Clancy’s Rainbow Six Siege.

The Planet9 eSports platform is receiving other updates as well, such as Clubs to help bring together players of common interests. Clubs have both a public home for followers of the page and a private lounge for its members.

For the creators out there, the ConceptD line of products received some updates, such as the ConceptD 7 and ConceptD7 Pro notebooks that were featured in the press conference. Both of these feature 10th Gen Intel Core CPUs, paired with Intel Wi-Fi 6 connectivity, Thunderbolt 3, and 4K IPS displays. The ConceptD 7 pairs that GPU with a GeForce RTX GPU while the ConceptD 7 Pro goes with an NVIDIA Quadro RTX 5000 GPU. Both versions feature a custom-engineered thermal solution to keep the device quiet at less than 40 dBA while also keeping the components cool. Both will be available in North America in December with the ConceptD 7 starting at $3299.99 and the ConceptD 7 Pro starting at $3499.99.

Other notebooks announced were the new Swift 3X and additions to the Spin and Aspire series. The Swift 3X features an 11th Gen Intel processor with Iris Xe graphics. It weighs in at 1.37 Kg (3.02 lbs) but still provides 17.5 hours of batter life and can achieve reach four hours of use from just half an hour charging. The display is a 14 inch 1920×1080 display with 72% NTSC gamut coverage and an 84% screen-to-body ratio. It will be available in December starting at $899.99.

The Acer Spin 5 laptop is a convertible laptop that weighs just 1.2 Kg and is 14.9 mm thin. Its touchscreen and touchpad can be covered by an option layer of Antimicrobial Corning Gorilla Glass. On the inside it contains an 11th Gen Core i7 CPU with Iris Xe graphics driving the 3:2 IPS display. It sports up to 15 hours of battery life and multiple full-function USB Type-C ports with Thunderbolt 4. We can expect this to be available in February 2021 starting at $999.99.

For those needing something a bit different, Aver announced new Chromebooks powered by the Qualcomm Snapdragon 7c platform. The Chromebook Spin 513 can provide up to 14 hours of battery life and support for 4G connectivity, so you can be prepared for work or school almost anywhere. It also has a 13.3 inch 1920×1080 IPS touchscreen display while weighing in at under 1.2 Kg, and its 360 degree hinges all for four use modes, depending on what you need.

The Chromebook Enterprise Spin 513 is aimed at business with its support for zero-touch enrollment, making it easier for IT departments to manage them. It can be drop shipped to the end user and will be automatically enrolled once the user connects to the internet.

And here is the video of the next@Acer press conference, for those wanting to see the announcements, rather than just read about them. One thing I saw announced in the video but have not spotted in the press releases is that the Predator Frostblade fans will be available for purchase, so you can have those without needing to purchase an Acer Predator desktop. 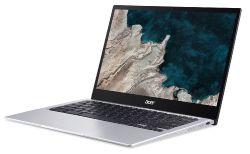 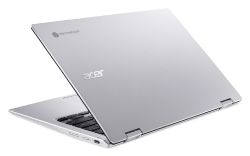 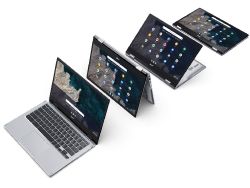 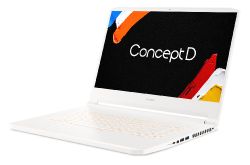 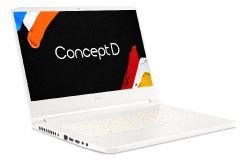 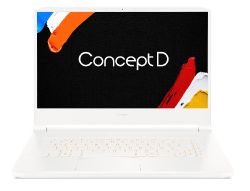 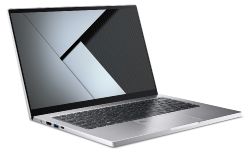 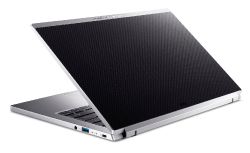 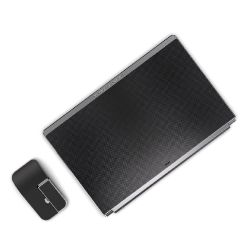